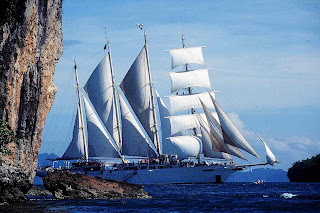 CRUISE passengers on the tall ship Royal Clipper will have more chances to spot whales and dolphins and delve into the mysteries of marine biology in the Caribbean next year.

A graduate of universities in Barcelona and New Jersey, Laura will give talks on marine wildlife, operate a daily whale and dolphin watch, lead beach walks and join guests on dives. She will also continue studies of the environment in which Royal Clipper sails.

Owner-operator of Star Clippers, Mikael Kraftt, said: "We at Star Clippers are passionately committed to preserving the environment and by offering more opportunities for our guests to learn and get involved, we hope to pass on our enthusiasm."

For reservations contact travel agents or Star Clippers on 1300 362 599 or visit www.starclippers.com 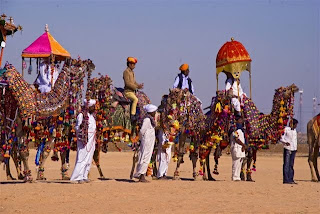 HOLIDAY Specialists has a genuinely out-of-the-ordinary very-small-group travel experience to India in November 2012 that will include not only luxury hotels and sightseeing in Delhi, Jaipur, Jodhpur, Jaislamer and Agra, but the colourful and highly-unusual Pushkar Camel Fair – one of the world's largest tribal gatherings with events ranging from camel racing and horse dancing, to musical performances and seldom-seen cultural programs.

Limited to just sixteen guests this exclusive package also includes an Australian escort, pre-departure Cocktail Party in Sydney, a Welcome Dinner in Delhi, a Gala Dinner at Meherangarh Fort in Jodhpur, a Farewell dinner in Agra and a sunrise visit to the Taj Mahal, and a 2-night stay in deluxe tents in the heart of the Pushkar Fair Grounds.

There'll also be 2-nights at the Dera Sand Dune Retreat in Jamba in the Rajasthan Desert, the world's first resort built on a sand dune.

The 16-day luxury package is priced from $5,897pp twin-share including return air and taxes from Sydney. For full details call Holiday Specialists on 1300 783 852 or visit www.holidayspecialists.com.au

ADDITIONAL INFORMATION: The annual 5-day Pushkar Camel Fair attracts up to 300,000 tourists and tribes people, with 20,000 camels, cattle and horses brought in to participate in races, camel and horse dances, camel decorating, traditional tribal games and cultural programs from dancing to turban tying.


PUT TRAVEL INSURANCE AT TOP OF THE HOLIDAY LIST

ALMOST 40 per cent of Australian holidaymakers fail to buy their travel insurance until a week before their holiday, putting themselves at financial risk, according to leading online travel insurance company Travel Insurance Direct (TID).

While travellers often purchase their airfares up to a year in advance to secure a bargain, research shows travel insurance was being pushed down the list and bought much later, TID spokesman Graham Kingaby said.

"Many unforeseen issues, from airline strikes to floods, can jeopardise your holiday plans at the last minute. And if disaster strikes before your holiday and you haven't bought travel insurance, you'll lose your cash as well as your vacation."

Mr Kingaby said TID's research showed around two-thirds of travellers bought their insurance in the four weeks before they travelled, with almost 40 per cent waiting until the final week before departure.

"Travel insurance isn't a last minute bargain – you get the best benefit by purchasing early, as soon as you book your flights.

"In the case of the Icelandic volcano eruption in April 2010, which led to an estimated 300,000 flight cancellations, travel insurance exclusions on cancellation and delay came into effect the day after the eruption.

"Those who had bought their insurance before the eruption were fine. But anyone planning to travel in the week after the volcano erupted who didn't already have travel insurance, would have been cursing their tardiness."

And travel insurance, he said, was far cheaper than most holidaymakers believed. "A single person's policy for a week in Bali is about $40. When you consider the cost of losing your luggage or having to seek medical treatment overseas, that's clearly money well spent." 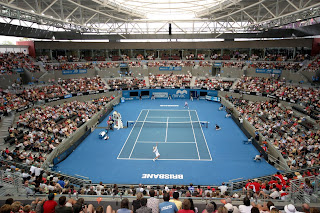 ACCOR'S Novotel, Mercure and Ibis hotels have slammed down their rates during the 2012 Brisbane International Tennis Tournament.

The Brisbane International which will be held from January 1-8, 2012 at the Queensland Tennis Centre will attract some of the world's best international tennis stars including Serena Williams, Maria Sharapova, Kim Clijsters, Ana Ivanovic and Australia's own Sam Stosur and Bernard Tomic.

Accor Brisbane hotels are offering unbeatable accommodation rates during the Tournament: until the end of January it has a Summer Special 'stay a little longer, save a little more' where tennis fans staying two or more nights will save 10% and receive a free breakfast.

Rates are subject to availability and conditions apply. 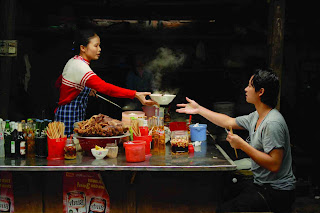 CELEBRITY chef Luke Nguyen will lead two food-themed APT 19-day Vietnam and Cambodia Signature Experience tour-cruises next year, one on June 30 and the other on December 29.

Luke Nguyen is famous for his SBS cooking show "Luke Nguyen's Vietnam", his cook books and his world-renowned Sydney restaurant Red Lantern. He will be with the tour over 10 days.

Among the Nguyen-inspired experiences on the Hanoi-to-Siem Reap itinerary are sampling authentic homemade Pho from a side-street stall in Hanoi, a vegetarian banquet lunch at Dong Thien Pagoda nunnery in Hue, a class-lunch at the Morning

The price of this holiday is from $8395 per person twin share, which includes the above experiences, another 44 meals, five-star hotels in Hanoi, Hue, Hoi An, Saigon and Siem Reap, overnight sailing on a Ha Long Bay junk, eight days cruising on the Mekong River on the new luxury APT-owned RV AmaLotus, small group shore excursions, city tours, internal flights, port charges, tipping, soft drink, local beer and spirit at all times during the cruise as well as regional wines with lunch and dinner on the RV AmaLotus. 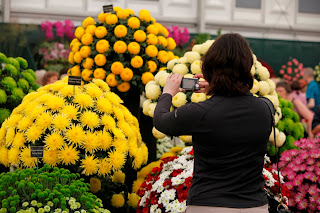 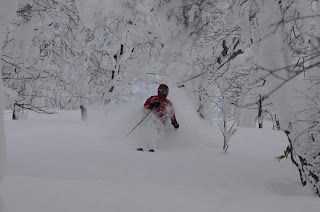 Grabbed around gardens
Once I was the first to escape gardening tours, that was until a good friend of mine, Colin Campbell persuaded me to 'let the aromas float in'.  These days there are plenty of quality garden tours on offer.   Departing from London, on May 19 2012, I just may be doing that with the departure of a small group  touring some English gardens including the best known of all gardens, - Chelsea.  This is part of a 7-day Chelsea Flower Show and the Gardens of Kent and London.   Check out the itinerary, prices and some of the finer points of this garden tour, by ringing 1300 100 410. The tour in question looks like being one of the best in this upcoming year of flower shows.

Plenty of snow around
At last report the snow at Nesko is feather light.
Japan's Niseko is renowned for top quality which has blessed the fields of Japan.  There is so much good news these days, it would be a shame if you do not pay a visit.   Rod White of SkiJapan has a daily information (and honest) report for your viewing.  Just visit www.Ski.Japan.com

40 passengers on Irish Spirit
Here's one of the  current Irish hols on the market. The magical Emerald Isle's stunning scenery awaits. No need for me to  try to talk you into consider checking this one out.  It has Ireland written al over it.  The real Island !! Go visit www.tempoholidays.com or telephone 1300 558 987.

* Please note conditions may apply to these packages  and prices are subject to change and availability.  This information is provided as a guide only.  Check with your travel agency.   Block-out periods may apply.

Need a holiday ?  We're archived on  http://travellersgoodbuys.info
Posted by rodeime at Monday, December 12, 2011 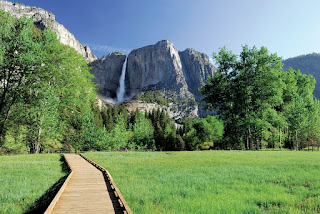 Red Carnation
This group of high end hotels includes '41' in London. It is a discreet haven for comfort and style.  There is a great offer in the regards to packages.  An offer is available for those who book a Magical London deal which is inclusive of so many goodies,- quality goodies at that. Two nights accommodation, a warm drink on arrival, a full English breakfast daily, a festive afternoon tea (not available December 25), a festive turndown treat at bedtime, free movies, a 6.00pm checkout on day of departure, and for guests staying on Christmas Eve a stocking full of delightful surprises. For all the details go visit www.redcarnationhotels.com

My best baker recommendation
I judge the places I visit by the quality of the town's local bakery, or rather the baker's breads. Naturally enough, there is some difficulty to do justice to the hundreds of bakeries in this country, you will just have to leave it to me to be as fair as possible.  Until I find better I'm putting my hand up to salute the Romsey Bakery, in the tiny village of  same name.   In most cases, particularly at weekends, the 'sold out' sign is displayed  before 11.00 in the morning.  Romsey is north of Melbourne,- and is well supported by air crews who call Romsey 'home'.  The pies and treats are also in first class mode.

But first, it's Ballarat
Let's take in Sovereign Hill (part of the Ballarat scene). Every day from December 26  until January 28 2012, Sovereign Hill will host fun filled activities. New theatre performances, treasure hunts, underground tour, music and art are all part and parcel just waiting for you and the kids.
For all the details grab control of your computer and go visit www.sovereignhill.com.au  or telephone (03) 9836 2167

Globus and Cosmos have formed a partnership with US National Parks which allows special exclusive deals in America's pristine wilderness. Every passenger from Australia makes a charitable donation. In return the tour groups of Globus and Cosmos have access to accommodation within the spectacular national arts including Yellowstone and the Grand Canyon as well as special tour experiences such as four-wheel drive adventure through Monument Valley, with a Navajo guide.  Wowee !!!   Contact your travel agent of go visit www.globus.com.au or www.cosmostours.com.au

* Please note conditions may apply to these packages  and prices are subject to change and availability.  This information is provided as a guide only.  Check with your travel agency.   Block out periods may apply.