Take a #RECOVERYWEEKEND in NSW 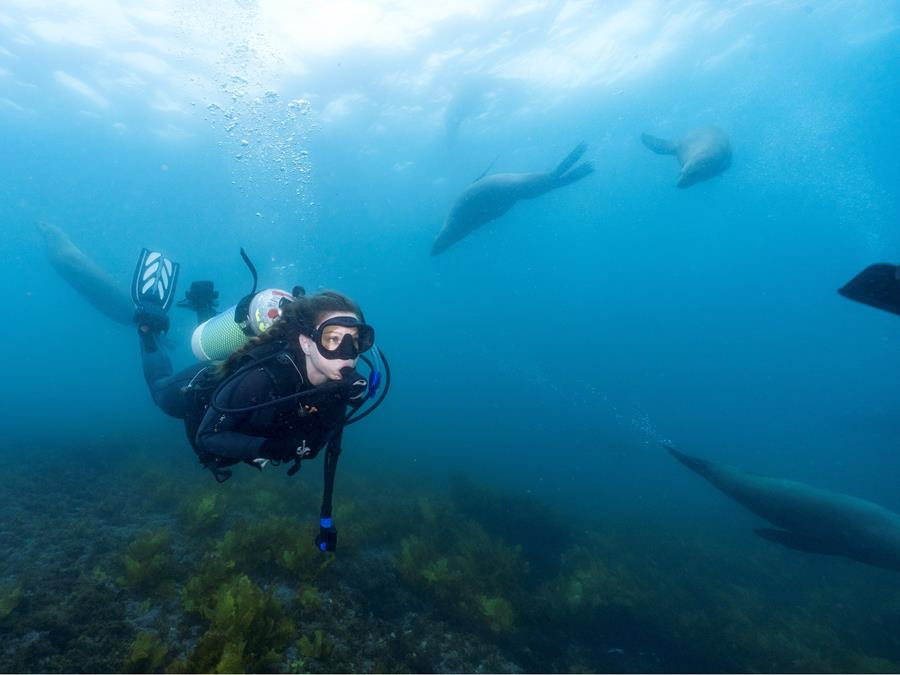 Recharge your batteries and support communities affected by drought and bushfires by taking a #RecoveryWeekend in regional NSW. Book a getaway in NSW that gives back to the communities that need support the most. You need it and they need it too! It’s a WIN WIN.

Book your #RecoveryWeekend and enjoy one of the experiences below for a getaway that gives back. Share your trip on social media using the hashtags #NewSouthWales #RecoveryWeekend

The Tumbarumba to Rosewood Rail Trail will open in early April, the first on public land following a disused rail corridor. The cycling and pedestrian trail will be 22km in length and informative signage will be installed to tell a range of stories about the history, environment and agriculture of the region.

Plan a fishing weekend with friends in the beautiful Riverina region of NSW. Start at Mamanga campground in Yanga National Park by the Murrumbidgee River and spend the day fishing, kayaking and swimming. Head into Murray Valley National Park and set up for a day of fishing near Edward River Bridge Picnic area, and enjoy a scenic walk and spectacular birdwatching. Stay the night at Benarca campground, which offers views of the Murray River and majestic river red gums from your tent.

Snorkel with seals at stunning Montague Island off the coast of Narooma. The second largest island off NSW, it is a significant site for local Aboriginal people and its lighthouse was built in the late 19th century. The island is home to seals, little penguins and seabirds, and Montague Island Discovery Tours take you to crystal clear shallow bays to swim amongst the playful fur seals. 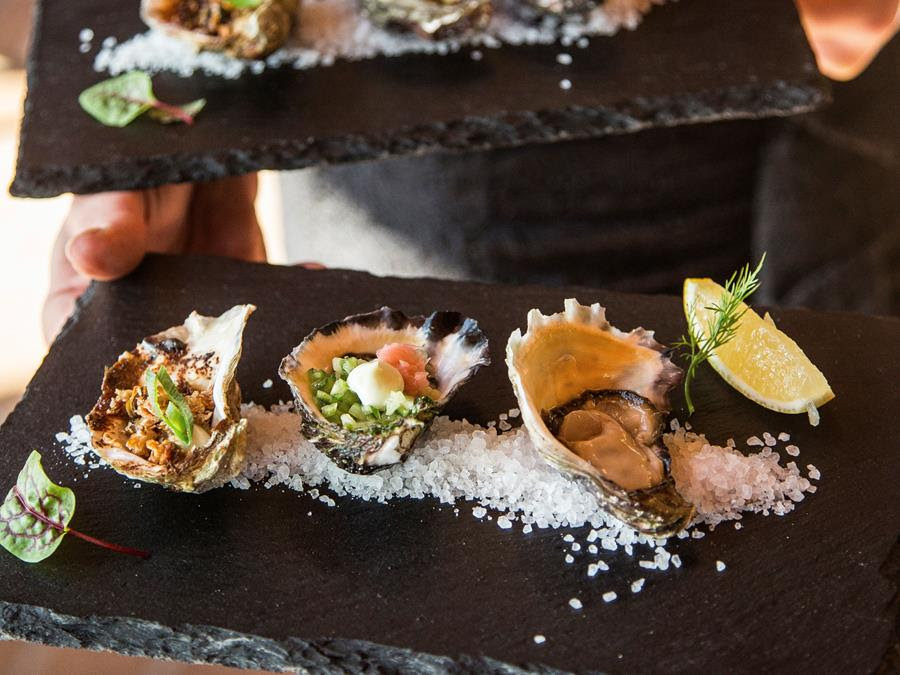 The South Coast food festival Eat Merimbula has expanded for the 2020 edition and will be held over two days on March 6-8. It will open with a degustation-style dinner with three of the region’s best chefs on the pans. On Saturday, enjoy a long table lunch at Wheeler’s Seafood Restaurant and sample local brews at the inaugural Craft Beer Festival. On Sunday find the main event at Fishpen – a bustling market with the best of the region’s produce.

The Koala Hospital in Port Macquarie has been busy searching for injured koalas to take in for rehabilitation, and distributing Wildlife Watering Stations to drought- and fire-affected areas in NSW. Visit the cute creatures on the North Coast up close and support the organisation.

Wajaana Yaam Adventure Tours take place on the homelands of the Gumbaynggirr tribal nation, which is also known as the Coffs Coast, and are run by Aboriginal people with strong ties to the land. The stand-up paddle tours take place in culturally significant marine parks and are a fantastic way to explore the area.

Learn about the incredible work of the Royal Flying Doctor Service in Dubbo at their interactive exhibition. Watch how doctors treat a patient in a cabin of an aeromedical aircraft via augmented reality, immerse yourself in live operations unfolding on giant control screens, and hear stories of real rescues from former patients. 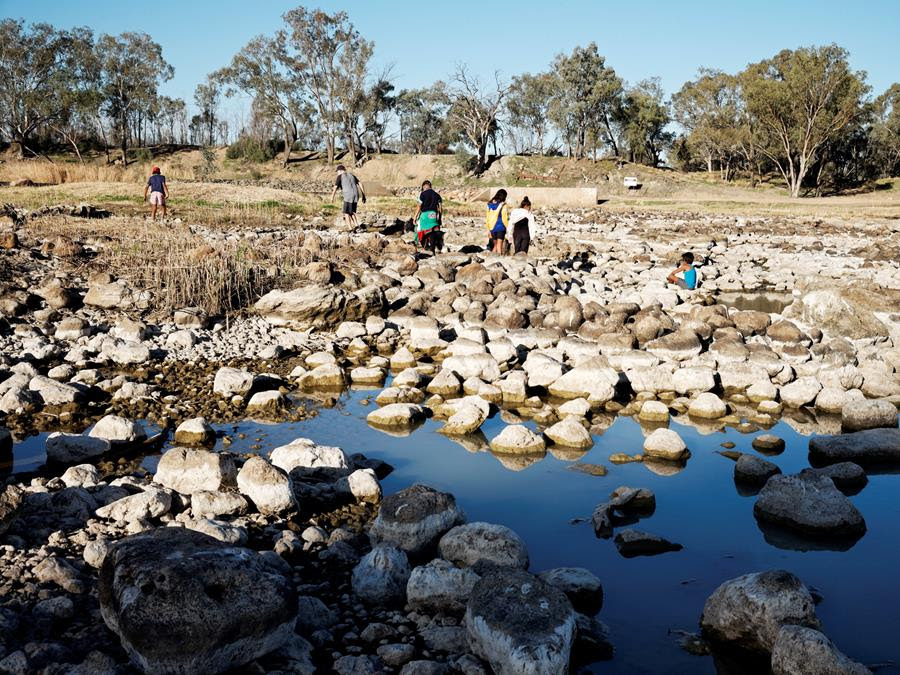 The Brewarrina fish traps are estimated to be over 40,000 year old; an elaborate network of pools and weirs built along the banks of the Barwon River near Bourke in Outback NSW. Join a guided tour to hear a Dreamtime story told by Aboriginal elders and hear the history of the fish traps and the tribes that live on the river.

Broken Hill was Australia's first nationally listed Heritage city, and its status is celebrated at the Heritage Festival every year in April. This year's theme is Secrets and Scandals, and includes dinner in a laneway, an open-air cinema and a cemetery tour.

If you’re keen to explore the Blue Mountains but want to avoid the preparation involved in a hike, a tour by Freeland Hiking Co is the ideal solution. The Blue Mountains Explorer tour includes transport to and from Sydney, a hike to the Leura cascades, a ride on the world’s steepest railway and a gourmet picnic lunch of fresh produce and artisan products from the region.

Earp Distillery opened in Newcastle in December, making gin, vodka and absinthe in beautiful reusable ceramic bottles. Visit the bar for an expertly made cocktail and tapas, or book a course at the Spirit School. It includes a tasting flight, distillery tour and a lesson in distilling so you can produce your very own bottle of gin.

If you like to embark on a nature adventure with a glass of sparkling wine in hand, book the Canoes, Champagne & Canapes tour in the Southern Highlands. Run by WILDfest, you’ll paddle through a sunken forest on a freshwater lake while sipping sparkling wine and eating delicious local canapés. Also in April, WILDfest is offering Mushroom Foraging Workshops in the Penrose State Forest, to teach you how to identify and pick pine and slippery jack mushrooms.

The Shoalhaven region is known for excellent scuba diving and snorkelling, with clear water to see a wide range of fish, weedy sea dragons, smooth black rays and giant cuttlefish. Dive Jervis Bay offers a range of snorkelling and diving trips as well as diving courses. If you want to explore on your own, head to the beaches surrounding Currarong and Abrahams Bosom Reserve. Further south, Jones Bay near Mollymook is another excellent location and one of the only pebble beaches in the region.

Sydney has a jam-packed calendar of events all year. Momo Fest is happening in April for the first time; a celebration of the Nepalese/Tibetan dumplings in Wyatt Park, Lidcombe. There will also be live music, multicultural performances and workshops.

With excellent views of Sydney Harbour at sunset and the animals heading to bed nearby, the Twilight at Taronga concert series is one of the best summer activities. All proceeds contribute to the zoo’s ongoing conservation work. See Pete Murray, Kasey Chambers or a comedy gala.

There are so many ways to enjoy New South Wales — now is the time to visit Sydney, the state’s regions and enjoy their unforgettable experiences. For travel inspiration and planning advice, explore VisitNSW.com.

Bushfires continue to impact parts of New South Wales. Visitors to New South Wales and local travellers should seek the most up-to-date information prior to departure, and remain vigilant about changing conditions on the ground.

Always follow instructions from the Rural Fire Service (rfs.nsw.gov.au) and other Government agencies and Emergency Services, including National Parks (nationalparks.nsw.gov.au), NSW Police (facebook.com/nswpoliceforce) and the Bureau of Meteorology (bom.gov.au/nsw/forecasts/) prior to travelling and adjust travel plans accordingly.

Visitors may encounter delays travelling in some areas of the State due to damaged or partially closed roads. The latest information about road closures is available at livetraffic.com.
Posted by rodeime at Tuesday, February 04, 2020 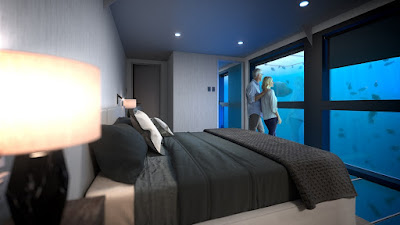 Cruise Deal – 21 night cruise with Royal Caribbean, Quantum of the Seas, Ultimate Discovery from $4,789 per person twin share (added value worth up to $3012)
Package includes:
More information: https://www.travelassociates.com/cruises/china/royal-caribbean-quantum-of-the-seas-ultimate-discovery-china--japan--vietnam--malaysia---thailand-9070556
To book: 13 70 71