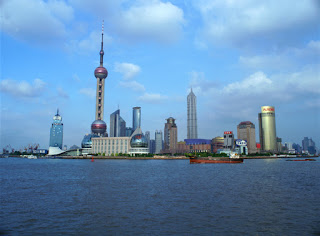 HELEN Wong's Tours has slashed $300 a couple off the price of its 17-day Jewels of China itinerary, with packages now starting at $5120 per person, twin share, including return airfare from Sydney, Melbourne, Brisbane or Perth.

The discounted price applies to a September 8, 2011 departure and is on sale until July 4.

Those who book and pay by August 1 for an October 6 departure will also be rewarded with a $300-a-couple discount, with the price of this package starting at $5325pp, twin share.

The Jewels of China tours begin with flights to Beijing followed by visits to Xian, famous for its Terracotta Army, and scenic Jiuzhaigou, renowned for its alpine forests, waterfalls and series of beautiful crystalline lakes.

Chengdu, home of the Giant Panda Breeding Research Base, and Hangzhou, famous for its "heavenly beauty", are also visited before the tour ends in vibrant Shanghai.

As a bonus, a travel kit comprising a 424-page Odyssey China book and cabin bag is also included along with departure taxes, security charges and fuel surcharges (subject to change).

The cost of an arranged China visa is also included for Australian passports holders. 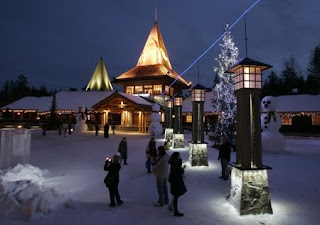 FAR Horizons has an extraordinary 18-day tour next March that embraces St Petersburg, Murmansk's celebrations marking the end of 40-days of total winter-darkness, Finland's Santa Claus Village, a cruise on an ice-breaker, and the chance to stay in a Snow Castle Hotel that's built a-fresh each year...

This extraordinary adventure departs Australia on March 20 2012 for 3-days in St Petersburg visiting the Peter and Paul Fortress, Peter the Great's Winter Palace, the Hermitage Art Gallery and the Palace of St Catherine at Pushkin.

Three days in Murmansk for the end-of-winter Festival of the North includes the start of a cross-country ski marathon, parachute jumping and reindeer racing, an ostrich farm – and a visit to the world's first nuclear-powered ice-breaker that's now a museum.

Guests are then driven through to Finland's Arctic Lapland for a walk on a frozen river, stay in a log cabin or an optional glass igloo, view the Northern Lights, visit Santa Claus Village Post Office that handles thousands of letters sent each year to "Santa Claus, North Pole," a snow-mobile safari, a husky farm, and a Gulf of Bosnia ice-breaker "cruise" through metre-thick ice…

Finally try a stay in a Snow Castle that's built out of fresh snow every November at Kemi rather than a traditional hotel, and end with three days sightseeing in Helsinki; prices start from $19,750pp twin-share ex-Sydney, Melbourne or Brisbane (from $19,650pp ex-Perth,) including return air and taxes, all meals, daily excursions, entry fees, guides and gratuities.

Phone 1800 083 141 or visit www.farhorizons.com.au; Business Class air is available as an optional extra. 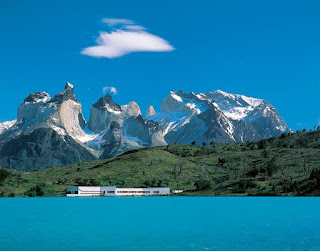 SOUTHERN MOST TIP OF THE WORLD

MOUNTAINS, glaciers, parks and rivers inhabited by mostly native fauna and flora are a key part of a tour of Patagonia – home to Torres del Paine National Park – with eco-adventure operator explora .

Situated right at the most southern tip of the world, the park covers 242,242 hectares and is home to 500 species of animals, 400 birds, 60 mammals and numerous amphibians, fish and reptiles.

There are thousands of plant species in the park, many of which are endemic. Declared a world biosphere reserve by UNESCO in 1978, its geography has been shaped by successive waves of geological and glaciological phenomena which occurred millions of years ago.

The package includes staying at one of Chile's most luxurious hotels, the Salto Chico is the only lodge situated in the centre of the park and is on the shore of Lake Pehoe facing a breath-taking panoramic view of the Paine Massif.

Packages ranging in length from four to eight nights are available at prices ranging from around $2780 per person twin share and include daily explorations with bilingual guides in groups no larger than eight people.

The deal includes luxurious accommodation with all meals, soft and alcoholic beverages, transfers from the local airport and equipment including all-terrain vehicles and horses, as required for the range of exploration.

explora offers more than 30 explorations and activities  ranging from a couple of hours to a full day. Activities are rated in easy, moderate and difficult levels and include treks, horseback rides accompanied by a gaucho, the emblematic figure of the Patagonian pampas, bird watching explorations and in the spring and summer time Quincho barbeques to experience the local cuisine. 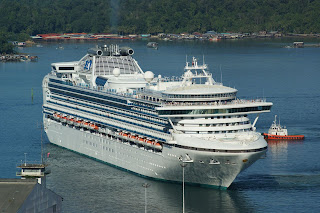 CRUISE Express is offering exclusive fares on an exotic 16-night cruise through Asia this October, with 12 courses of fine cuisine a day, spectacular stage shows each night, and deluxe 'megaliner' accommodation – all from $156pp a day.

The 2600-passenger Diamond Princess sails from Beijing on October 10, 2011, and will take passengers to Singapore via seven ports – Busan in South Korea, Nagasaki in Japan, Shanghai and Hong Kong in China, Nha Trang and Ho Chi Minh City in Vietnam and Bangkok in Thailand.

Special air fares are available through Cruise Express and there is also a fully-escorted fly/cruise package available including daily shore excursions. For details phone 1300 766 537, email info@cruiseexpres.com.au or visit www.cruiseexpress.com.au. 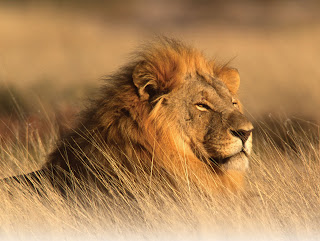 "Now that the dream of an African safari has become more commonplace, we're hearing occasional reports that travellers aren't always paying full attention to their safety," said TID General Manager, Ian Jackson. "A safari is generally a very safe and rewarding experience, but it's vital that travellers take precautions and follow the instructions of their guides."

Here are his key tips when taking safari expeditions in Africa:

. Always stay in the vehicle  - unless directed by a guide, never stray from the safety of your van, truck or four-wheel-drive.

. Never turn your back – watch and listen at all times. Always remember the adage that the only thing in Africa that turns and runs is prey.

. Listen to your guide. If a guide says to move on, or to back away, do so.

. Keep your voice down – animals scare easily and are less predictable when startled.

. Only travel with a licensed safari guide and ensure you have adequate travel insurance.

Mr Jackson said the best game-viewing in many African countries was between June and October, and while animal attacks on tourists were extremely rare, the growing popularity of African tourism meant increasing contact between animals and humans in some areas.

"Safari travellers are covered by most travel insurers as long as they travel with a licensed guide and do not behave recklessly or under the influence of alcohol or drugs," Mr Jackson said, and adding: "No photograph is ever worth the risk of an animal attack."