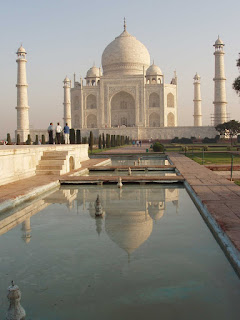 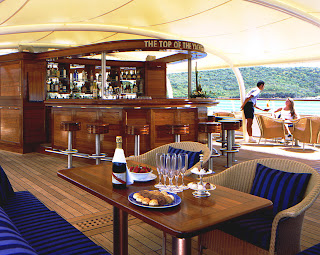 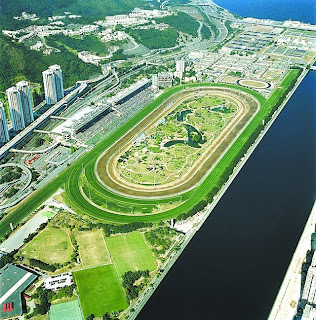 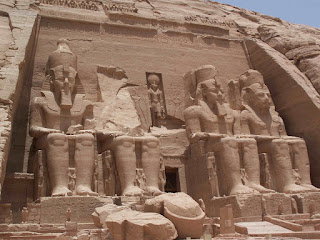 LEADING India tour operator Incredible Indian Tours has launched a travel experience specifically tailored for women - a fully-escorted tour providing a magical journey with a feminine touch from Mumbai to Delhi in September 2010.

From just AUD $2890 per person twin share, the 23-day journey explores the extraordinary beauty of India.  Commencing the experience in the sprawling commercial capital of Mumbai and incorporating an array of unforgettable experiences and breathtaking sights from Rajasthan, the land of the Kings and the banks of the holy Ganges to the magnificence of the Mughal cities.

The tour has been specifically designed with women in mind and is fully escorted by Founder and Director of Incredible Indian Tours Debbie Kindness who has over 16 years experience in India and Nepal.

Experiences will include glitzy and glamorous Mumbai, searching for the elusive Bollywood Star, the beautiful lake city of Udaipur, the splendor of Maharaja's Palaces, a night or two in a Heritage Castle, laid-back Pushkar, Jodhpur's majestic Meherangarh Fort, a desert Camel Safari and the Desert city of Jaisalmer, the Palaces and Bazaars of Jaipur, the Taj Mahal, sunrise over the Ganges in holy Varanasi and the excitement of India's capital city Delhi

The package includes transfers, entrance fees, 18 nights in hotel accommodation, three evenings on an overnight train, one night desert camping, four dinners, 18 breakfasts and two lunches.  It begins in Mumbai on Friday 10th September 2010 and is subject to availability with conditions applying.

Founder and Director of Incredible Indian Tours Debbie Kindness said that she has adapted her expertise and intimate knowledge of India to develop a package for women that provides a unique and safe journey exploring the true magic of India.

For more information, a detailed itinerary or to make a booking, phone 0431 120 792 or visit www.incredibleindiantours.com

VETERAN Australian travel writer and wine columnist, David Ellis will be tour escort in July next year for a 21-day fly/cruise package for just eight couples (or couples and singles) that includes 7-nights aboard the world's highest-rated boutique motor-cruiser SeaDream I from Amsterdam to Bordeaux, followed by 6-nights through the French Winelands on a boutique hotel barge.

As well guests will have 2-nights in Amsterdam with a day's tour of Zaanse Schans (the "windmill village,") the famous Alkmaar Friday cheese market, a night in Bordeaux with a day-tour of local wineries, and two nights in Epernay for a day sightseeing and tasting in the Champagne and Reims wine regions.

To round it out, there's return Business Class air from Sydney, Melbourne or Perth, and 5-star hotels in Amsterdam, Bordeaux and Epernay.

Tour escort David Ellis has been writing travel and wine for over thirty years and is a veteran "SeaDreamer," having notched up over 125-nights aboard SeaDream I and sister-ship SeaDream II in the Mediterranean and Caribbean.

Put together by Far Horizons, prices start  from $31,400pp twin-share ex-Sydney or Melbourne, $31,360 ex-Perth including all meals, transfers, guides, entries and gratuities; phone 1800 083 141 for a brochure or visit www.farhorizons.com.au

DETAILED ITINERARY: The 7-nights on SeaDream I from Amsterdam includes France's Honfleur, Jersey in the Channel Islands, the-once notorious pirate base of Saint-Malo on the French north-west coast, Belle Ile in the Brittany Islands, and ancient La Rochelle, before reaching Bordeaux; drinks from the open bars, and wines with meals are all included throughout the week. There are 95 staff to look after SeaDream's just-112 onboard guests.

After Bordeaux, Far Horizons' guests transfer to Dijon in Burgundy from where the 9-cabin hotel barge Esprit sails to Ouges, Brazny, Seurre, Chalon, Chagny and St Leger with daily escorted (large and small) winery tours and tastings and select other sightseeing or historic and other sites. Meals aboard Esprit include regional wines and there will be three gourmet dinners ashore.

This is a trip that captures all the fun and glamour of racing, with full food and beverages services at the track for breakfast, luncheon or dinner, and at the fabulous gala evening party. Definitely pack the glam rags.

In between times of course, beckoning is Hong Kong's renowned shopping and sightseeing. Makes for a very colourful six days.


FLY TO TWO ASIAN DESTINATIONS FOR THE PRICE OF ONE

AUSTRALIANS can now fly with Philippine Airlines beyond Manila to any of 16major cities in Asia for no additional fare, giving travellers the chance to combine two international destinations for the price of one.

Available from Sydney, Melbourne and Brisbane, the new fares cost the same as regular Manila services but include onward return flights to cities like Beijing, Shanghai, Tokyo and Hong Kong for no extra cost (except taxes/charges).

Travellers can take a free stopover in Manila in either direction, or add a second stopover for $100.

Economy prices start from $1076* return from Sydney to Osaka, $1057* from Melbourne to Osaka or $1079* from Brisbane to Osaka, including taxes and surcharges.

Business class fares start from $4308* return from Sydney to Osaka, $4289* from Melbourne to Osaka or $4311* from Brisbane to Osaka, including taxes and surcharges.

Philippine Airlines recently set new standards for flights between Australia and Manila with the debut of its brand new Boeing 777-300ER aircraft serving Sydney and Melbourne.  The new aircraft offers the highest levels of comfort available on the route, including the first lie-flat beds in business class and seat-back video screens throughout.

Its introduction came with the debut of Philippine Airlines' new A330 flights from Brisbane, the airline's third Australian gateway.

*Philippine Airlines' Asia fares are subject to availability and conditions, for travel until March 31, 2011.  Precise taxes/charges depend on destination chosen and seasonal surcharges may apply.  For full details and bookings contact Philippine Airlines on 1300 888 725 or see licenced travel agents.

A UNIQUELY "Aussie only" 16-night cruise-and-coach tour of the Nile and the greatest historic sites in Egypt in April of next year, will be like holidaying with family and friends – Cruiseco have exclusively chartered the luxury river cruiser River Tosca and deluxe motor-coaches for land touring for just eighty Australian holidaymakers.

There will be two departures, on April 13 and April 20* 2011 with pre-cruising  including 5-days touring Cairo and its Egyptian Museum, St Catherine, Mt Sinai, Memphis, Sakkara, the Sphinx and the Pyramids of Giza.

This is followed by a flight to Luxor and tour of the Luxor Temple before 7-nights aboard the River Tosca with further daily excursions of Luxor, the Temple of Karnak, Dendera, the Valley of the Kings, Edfu, Kom Ombo and Aswan, and four more days post-cruise coach touring Abu Simbel, Alexandria and the war cemeteries, and the Military Museum of El-Alamein.

Prices start from $5499pp twin-share including all meals during the 7-night River Tosca cruise, breakfasts and dinners while coach touring, internal flights and taxes within Egypt, a Tour Manager whilst on River Tosca, English-speaking shore-side guides, most gratuities and transfers throughout.

Air travel from Australia is additional; a full-colour brochure together with the name of the nearest of Cruiseco's 170-cruise specialist travel agencies to you, can be downloaded from www.cruiseco.com.au

ADDITIONAL SHIPBOARD INFORMATION: River Tosca is one of the most luxuriously appointed river cruisers, featuring all-outside suites,  pool, library and 5-star dining the equal or better than anything ashore.

Over-size 27sq metre guest suites have floor-to-ceiling views, together with tiled marble bathrooms with both a shower and bathtub. 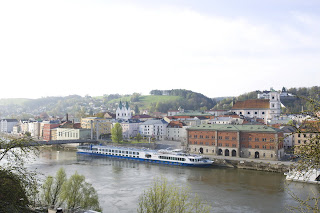 A 14-night charter of the 134-passenger River Princess is the heart of a unique 26-night hotel, premium coach and first class river cruise, with departures May 20 and May 28 2011.  Highlights include cruising the River Danube, touring Prague,  Istanbul, Vienna, Salzburg, Schoenbrunn, to mention but a few.  Get the full story by checking the latest full-color brochure which can be downloaded from www.cruiseco.com.au  or ask online for a brochure to be mailed t you. Airfares from Australia are additional to the prices which start from $9990 per person twin share.

When staying at Victor apartments at Victor Harbor, ask Di Colton for the three-nights-pay-for-two deal, available on selected dates.  Choose from accommodation in Adare, Surfs Up or Cheri on Sea.  For tariff information and conditions go visit www.victorapartments.com.au   So much to do on the Fleurieu Peninsula, a holiday experience  full of memory making experiences.   Wineries aplenty, a produce trail, farmers' markets.  Telephone 0417858299 for al the facts.

Departing October 16 2010 there's a cycling tour that includes the most scenic areas of Holland and Belgium.  With savings on all new reservations this is too good to be true.  There's a discount of $800 per cabin, or $400 per person twin share.  Cycling on this Amsterdam to Bruges tour should suit most levels of fitness. Inclusions feature daily breakfast, a packed lunch, dinner, bed linen and bike rental.

Cycle part of the tour and stay on board for the remainder of the day,- you decide!  Non-cycling passengers are welcome.  For the facts and bookings call toll free 1800 331 582 or go visit www.outdoortravel.com/

What a production!  The latest from David Williamson, Let the Sunshine, stars Jacki Weaver and John Wood.  It's a case of Sydney vs Noosa, Capitalists vs environmentalists.   The season at the Arts Centre, Playhouse in Melbourne is from July 28 to September 4 2010.  For bookings  call 03 8688 0800

To celebrate the 40th anniversary of Sovereign Hill  (Ballarat) there's a new evening dinner package on offer each  Friday and Saturday. Cost is $84 per person and that includes coach transfers from Federation Square, Blood on the Southern Cross show and a two-course dinner.   Bookings are essential, so telephone (03) 5337 1199.


* Please note conditions may apply to these packages  and prices are subject to change and availability.  This information is provided as a guide only.  Check with your travel agency.   Block out periods may apply.    Need a holiday ?  We're archived on  http://travellersgoodbuys.info